I Am NEVER Doing That Again! 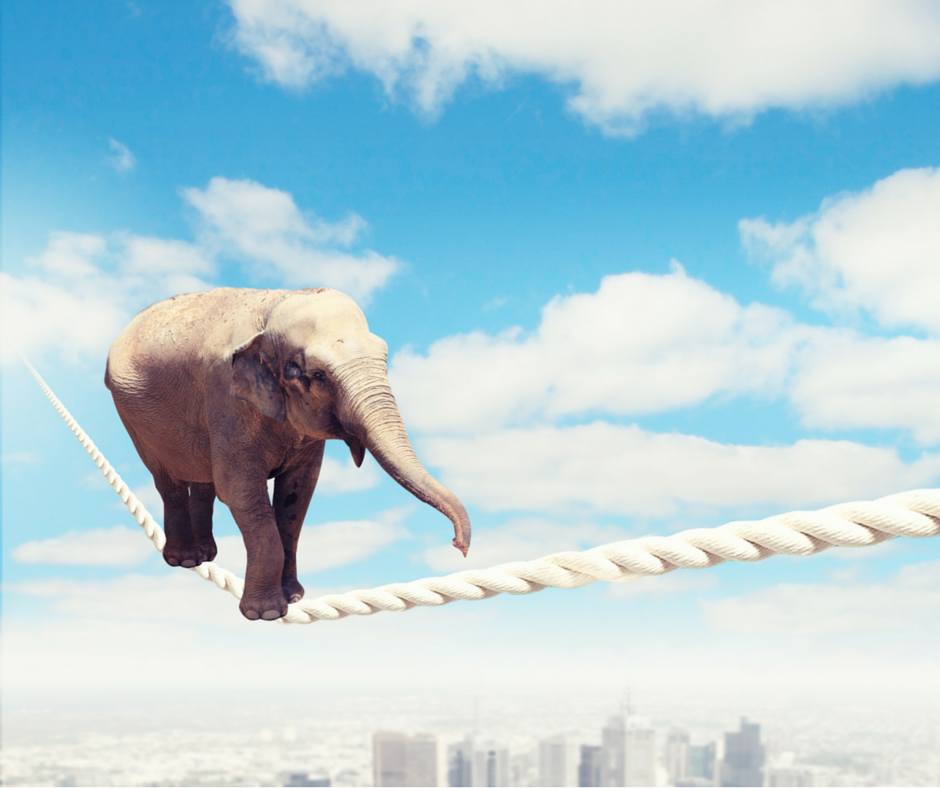 Is there something that you know you should be doing to move your business forward, but just the thought of doing it brings you out in a cold sweat?

Maybe it’s hosting a live teleseminar or webinar, or doing an interview, or recording an actual video of you talking on camera – Eeek!!

We all have something that scares the living daylights out of us (that could be a geordie expression – it means really frightens you) and that we’ll find all kinds of excuses for not doing.

Even when we know that it could make a huge difference to our marketing efforts, or seriously raise our profile, we resist and put off doing it – repeatedly, and for as long as possible!!

For me, it was public speaking.

I’m sure you can relate – I know many people would rather stick pins in their own eyes than stand up on stage and talk to a room full of people for 15-20 minutes!

But the funny thing is I didn’t start off being scared of it.

I’ll let you into a little secret and tell you about my very first attempt at public speaking – it was an unmitigated disaster and I swore that I would never, ever attempt it ever again after it happened. (I could put in a lot more “never evers” here!)

I think I was in my late 20s (or early 30’s) and it was while I was working for a large national company.

My boss asked me to do a presentation to my colleagues at a convention that the company was having, and as the topic that he gave me was one that I knew inside out, my initial reaction was ‘ok, it will be a little bit nerve-wracking, but yes I can do that.’

Anyway, the day came and we were all gathered in the conference room.

Eventually, it was my turn to do my presentation.

I made my way up to the stage, and then it happened – the very worst thing that could have happened!

I just stood looking at the room for what felt like an eternity, but I am sure was no more than a couple of minutes. Every time I tried to open my mouth nothing happened, until eventually my boss said ‘thank you very much Karen you can sit down now.’ I was mortified and swore I would never ever do it again – and I didn’t – for about 15 years!

Then a few years’ ago somebody did me a big favour.  A lovely guy I know, who was at the time President of the Professional Speakers Assoc here in the UK, actually persuaded me that I ought to give it another try and he gave me some help, some hints and tips, and he supported me through it.

This time it was even more nerve-wracking, my knees were wobbling, I was sweating as if I was sitting in a sauna, my hands were shaking, my voice was quivering, but I got through it. I got to the end of the presentation that I intended to deliver.

I’ve now got to the point where I’m quite keen to get up on stage actually! I rather enjoy talking to, and connecting with, the audience in front of me. It’s quite a buzz and it’s good fun.

So I went from ‘I am NEVER in my life putting myself through that again’ to it being good fun!

The lesson in my story is, of course, that even if the worst does happen – it’s not the end of the world!

Even if all of the technology involved in your webinar lets you down and none of the lovely people who signed up to it can hear you; even if you fluff your words or mix up your slides, and you think it sounds sound professional – it’s not going to be the end of your business, and it certainly won’t kill you 😉

You can pick yourself up and try again, only the next time you will know what not to do, you can be better prepared. And every time you do that thing, it will get easier, until you get to the point where you actually wonder what you were so afraid of in the first place.

I promise you the sense of achievement and self-empowerment is worth the effort.

Of course, you’ll find it a lot easier if you get some support and encouragement to help you. And that’s exactly what you’ll get as a meber of the Coaches’ Zone Facebook Group – lots of it!!